Ben Brittain is in the Chick-Fil-A Leadership Program and currently works in Wheaton’s Danada store. He hopes to eventually operate his own store, and become a partner in the business. Chick-Fil-A’s ownership culture is one of the keys to its success. Ben gives us some other reasons why it’s one of the fastest growing restaurants in America, and why he’s chosen to pursue a career with the company.

Almighty God our heavenly Father, you declare your glory and show forth your handiwork in the heavens and in the earth: Deliver us in our various occupations from the service of self alone that we may do the work you give us to do in truth and beauty and for the common good: for the sake of him who came among us as one who serves, your son Jesus Christ our Lord, who lives and reigns with you in the Holy Spirit, one God, for ever and ever. Amen. – The Book of Common Prayer, p. 261 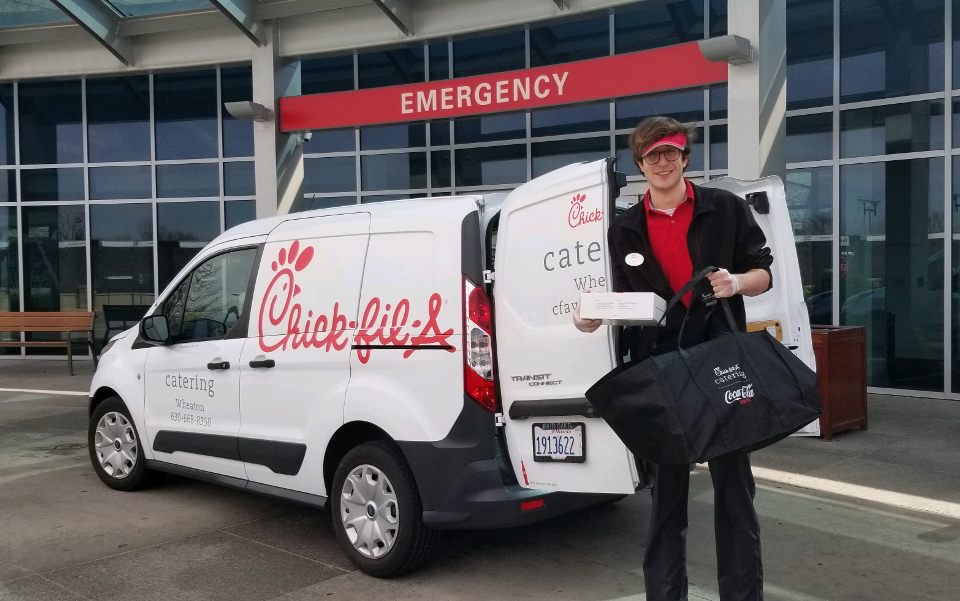 Chick-Fil-A  attributes much of its success to its simplicity: a  chicken breast on a roll.  It’s founder, Truett Cathey invented the boneless chicken breast sandwich in 1961. But it takes more than a good sandwich  to sustain success and enormous favor with the public.

I have seen first hand how Chick-fil-A’s simplicity and wholesomeness carries through into its culture. It is simply a good place to work. And good places attract good people. What makes Chick-Fil-A unique are its employees. Many of the company’s corporate employees began their careers working in a Chick-fil-A restaurant. From high schoolers to the owner, the people who work in the restaurant all see serving others as a higher calling.

This is largely due to the Christian influence of the company. Chick-fil-A’s core values include striving to treat every person with honor, dignity and respect, because all people are made in God’s image and have inherent worth. Truett Cathy believed that serving others was a cornerstone of the Christian faith.

There is something special about being able to physically provide good food to someone. You can see the joy that it brings people which begets joy from the server. During this time of crisis, Chick-Fil-A Wheaton has been able to embrace Truett Cathy’s mission in new ways. 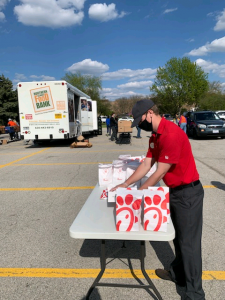 Our catering team has done a phenomenal job with community outreach. Between our Wheaton and Lombard locations, donations have been sent out to over fifteen different organizations that help vulnerable families as well to front line health care workers at the Northwestern and Central Dupage medical centers. So far, we have partnered with the following organizations: