In today’s post, Jennifer writes about the privilege of seeing God’s love at work in the Middle East. 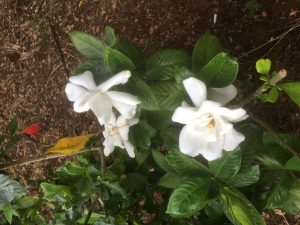 “Watch to see where God is working and join Him in His work.” (Henry Blackaby)

The United States has a long history of viewing itself as the center of the world. For decades, and likely borrowed from colonialist countries, there can be subtle, or even overt, messages to churches that God is doing mission work through His people in the U.S. This is true; He surely is. And . . . He is also doing work through His people all over the globe as well. 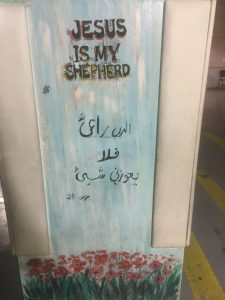 Today, we spent time with several staff members from our partner organization here in Lebanon. While the staff includes a number of Americans, as well as a Swedish-Brit and some Lebanese who have studied in the States, the top leadership and majority of the staff are Lebanese. They are Christians at work, doing God’s work to enhance social and educational opportunities in the Middle East.

One of today’s Middle Eastern crises, of course, is the Syrian War. One of the world’s greatest humanitarian crisis since World War II is the displaced Syrian people, many of whom are in Lebanon, some as migrant workers no longer able to return home, and many as refugees who have fled their villages, towns, and cities due to violence. The Syrian refugee crisis is just one of many concerns that our partner organization is at work on. We learned much about their other endeavors today, which are extensive, exciting, and daunting.

A number of things became clear today. Likely the most important one is that God is at work in and through His people in Lebanon. Exodus and our little team from Chicagoland are privileged to join them here in this work for this week. 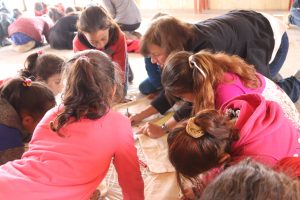 Tomorrow we begin the three-day Kids Camp. We’ve prepped crafts and skits and are ready to begin. Syrian refugee children are bussed from their tent settlements at 9:00 AM on Friday morning, which will be about midnight on Thursday in Chicago.

Most of the kids coming tomorrow are Muslim. All have their parents’ permission to be at this Christian day camp. The children receive breakfast and lunch here, in addition to participating in games and crafts and hearing a story — a typical VBS model that we are familiar with in the States.

Will you pray with me for the children who will come to Kids Camp tomorrow, that God would be present to them in the midst of great loss, and that He would be gracious to them and show them joy and peace, both at the Kids Camp and in their neighborhoods?