Katie reminds us of what we hold high – the selflessness of doctors and nurses who do their jobs because it’s their calling. They tell us what a vocation is, and how it is a spiritual event. 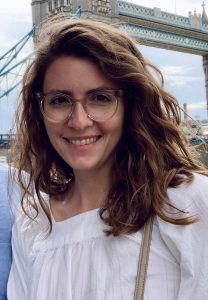 As a primary care doctor, I’ve been following the SARS-CoV2 virus story somewhat obsessively for the past three months. As COVID19 spread throughout China, I consumed the media coverage voraciously. I tried to limit myself to only checking the New York Times page once a day (spoiler alert: it didn’t work). Although I wasn’t particularly concerned at the time for any global repercussions, the severity of the disease and the seemingly effortless spread of the virus was unnerving. The only real concern I had was the seemingly comedic bungling of our initial response here in the US – faulty CDC test kits, lack of any unified response from the federal government, as well as reports that the pandemic response team had been reassigned a few years ago. My training in medicine had always drilled into me the adage “hope for the best, but prepare for the worst.” You don’t wait until the patient is bleeding too much in the OR to call for packed red blood cells. You have them in the room, ready, hoping you never need them. My concern was certainly present, but any helpful action seemed out of my hands. It seemed it was up to the federal and state leaders to get their act together.

Jim and I closely followed the epidemic. I had a medical conference scheduled in Florida for the second week of March. We knew at that time there was likely “community spread” of the virus but without testing kits it was impossible to know how extensive. Weighing the fact that I spent my regular days sitting less than 6 feet from feverish patients coughing, we made the decision to go. The Wednesday of that week, the WHO declared COVID19 a pandemic. Jim and I sat in our hotel room, feeling stupid for having travelled and started cancelling our existing plans in Florida to social distance as much as we could until our flight back to Chicago.

The Friday of that week, we were standing in O’Hare, waiting for our checked bag to arrive on the conveyor belt. I felt idiotic for being so concerned about the situation in China, but then had possibly contributed to its spread here in the US – all for a little sun and some “medical education credit.” The virus was insidious and unknown, an enemy we couldn’t see due to lack of testing and very limited data existed about how to diagnose and treat due to its recent appearance only three months prior.

I decided to do what every millennial does when feeling overwhelmed: open social media and join an online group to figure out what other healthcare professionals were thinking about this pandemic. What I discovered as a warily stood six feet from everyone in baggage claim, was that there were no COVID19 groups in the US yet. So I started my own.

Three weeks later, we now have 140,000 members from across the United States.

I recruited other physician friends from undergrad as well as medical school to help manage the group and we now have a thriving page of healthcare providers posting new research studies, brainstorming on the pathophysiology and debating about the risks and benefits of the current under-studied but potentially promising treatment options.

In the past few weeks, we as healthcare workers have mobilized. Petitions have been written and sent to HHS and VP Pence’s office. We have conducted interviews to help get our message out. Many ideas for safely reusing masks and other personal protective equipment (PPE) have been shared. I’ve been in contact with researchers from the University of Washington, the CDC, University of Nebraska, all working on protocols for safe PPE reuse. I have witnessed surgeons giving up their lucrative practices so that masks, ventilators and beds can be preserved for when the wave hits.  I have seen physicians and advanced practice providers (nurse anesthetists, nurse practitioners, and physician’s assistants) volunteering to go to NYC to join the most intense areas of battle.

While my present undertaking to connect healthcare workers across the country feels insignificant compared to the battle that is being waged in current hotspots, I’ve learned that we are each called to our own mission in the COVID19 war. This is true for every one of us, not just those in healthcare. I’ve seen amazing sacrifices in our community to help slow the spread of this virus and we have evidence that it is working! The next few weeks will be crucial to knowing how severe the infection will be here in Dupage County, but the commitment to social distance from one another has not gone unnoticed by those of us gearing up to fight the coming wave. I pray that the wave is manageable, hopefully even anti-climatic. Time will tell.

With Love from Your “Local Doctor”,